Reddam House Berkshire is a majestic school, housed in a magnificent Victorian mansion, in a beautiful, secure setting at the heart of the 125-acre estate near Wokingham, Berkshire. The mansion is filled with light and airy classrooms, equipped with the latest in technology to provide an enhanced learning environment.

In around 1830, John Walter (1776–1847), owner of The Times newspaper, purchased the 5,000-acre (20 km2) estate on which the school is now located. His son, also John Walter (1818–1894), employed architect, Robert Kerr, to build a mansion in the grounds as his country seat. Erected 1865–74, it is one of the largest Victorian country houses in England. Nikolaus Pevsner described it as “the climax [of country mansions], and in its brazen way one of the major Victorian monuments of England”. The bricks used in the building were made from clay extracted from what is now California Country Park, once part of the estate. A dam was constructed around the site and was then flooded to form the 47-acre (19 ha) Longmoor Lake.

Reddam House was founded in 1827 as the Merchant Seamans’ Orphanage in the City of London. Its purpose was to care for and educate children whose fathers were lost at sea. In 1862 the school moved into new buildings in Snaresbrook, London, with the support of the Prince Consort, Prince Albert (husband of Queen Victoria) and John Russell, 1st Earl Russell, a British Prime Minister. The school earned the designation “Royal” from Edward VII 1902 and the name was changed to the Royal Merchant Navy School by George V.

In 1921, the school moved to Wokingham, Berkshire into its present home, Bearwood House. In 1961, the school began to accept fee-paying students, whereupon it changed its name to Bearwood College. In 1995 the school became co-educational. In 2007, the preparatory school opened, allowing for continuous education through primary and secondary school. In July 2015, Bearwood College closed its doors and Reddam House, Berkshire took its place.

CEM were awarded the contract to replace three steam boilers with gas boilers and all ancillary equipment and controls. Prior to the strip-out works starting in the plant rooms, temporary boilers were installed in the car park to maintain heating and hot water throughout. 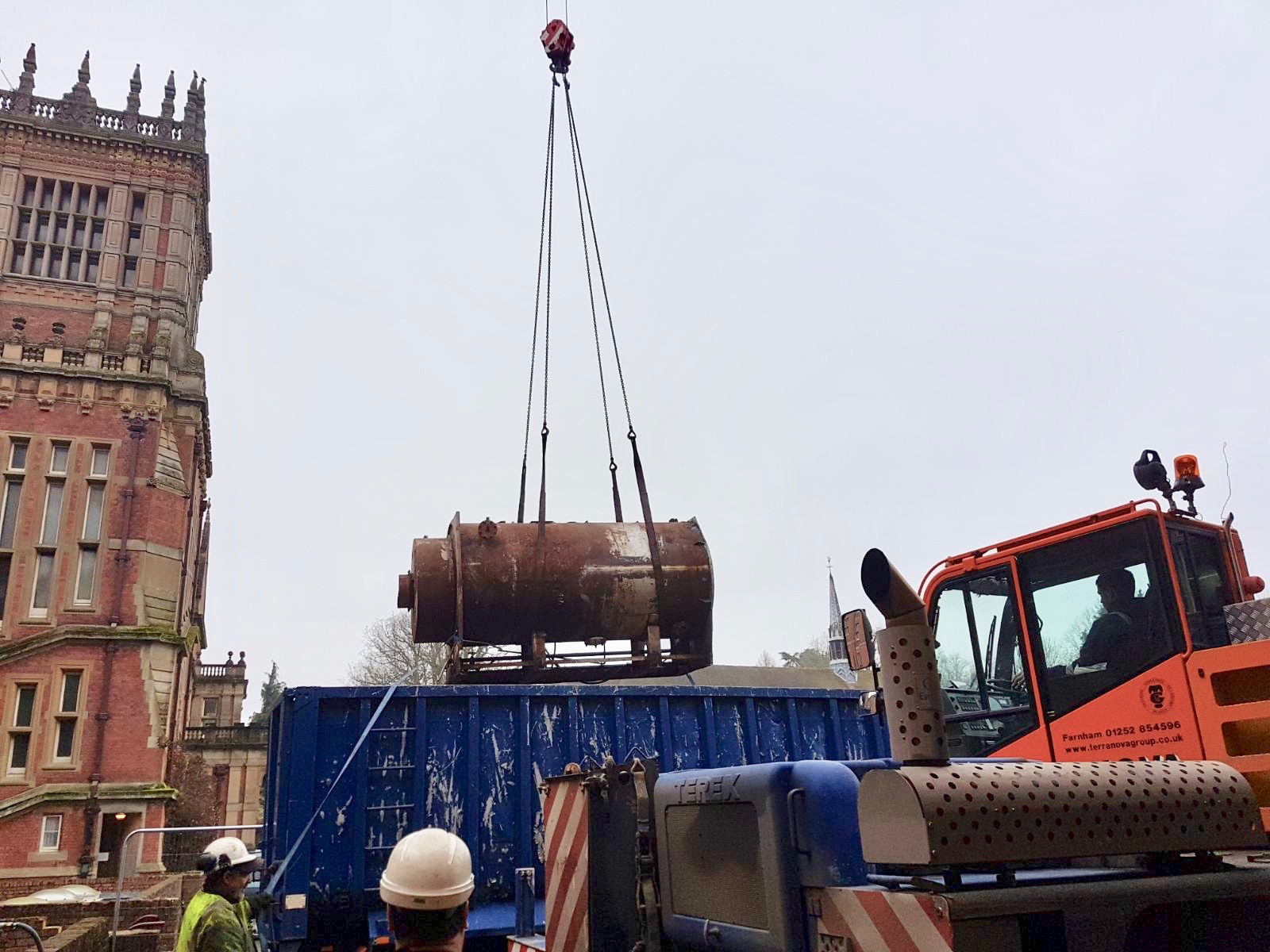 Above is one of the two larger steam boilers (5 tonne) and a third (3.5 tonne) we are all removed from the cellars and all old pipework and equipment also taken out. This is one part of the cellars after strip-out: 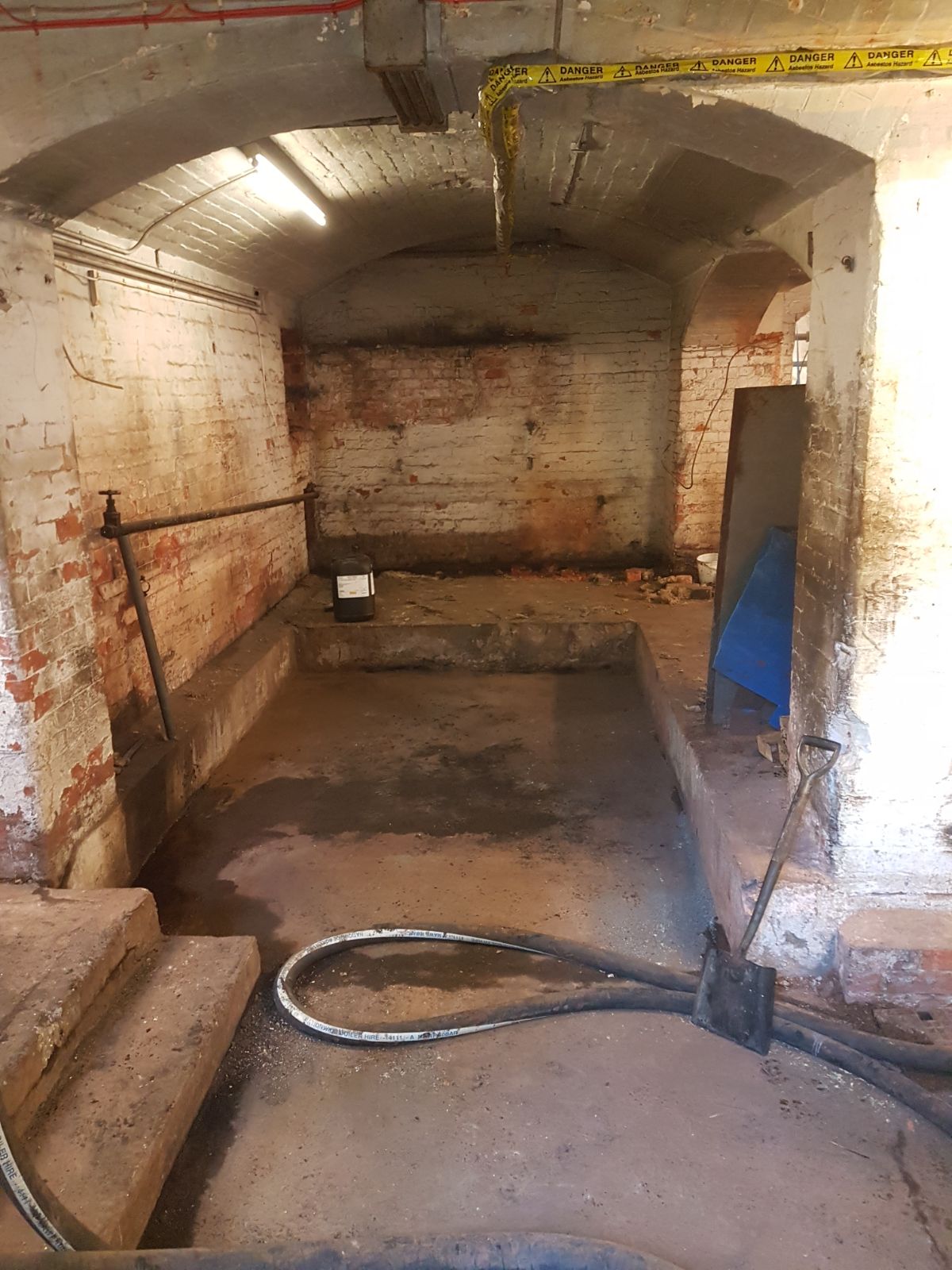 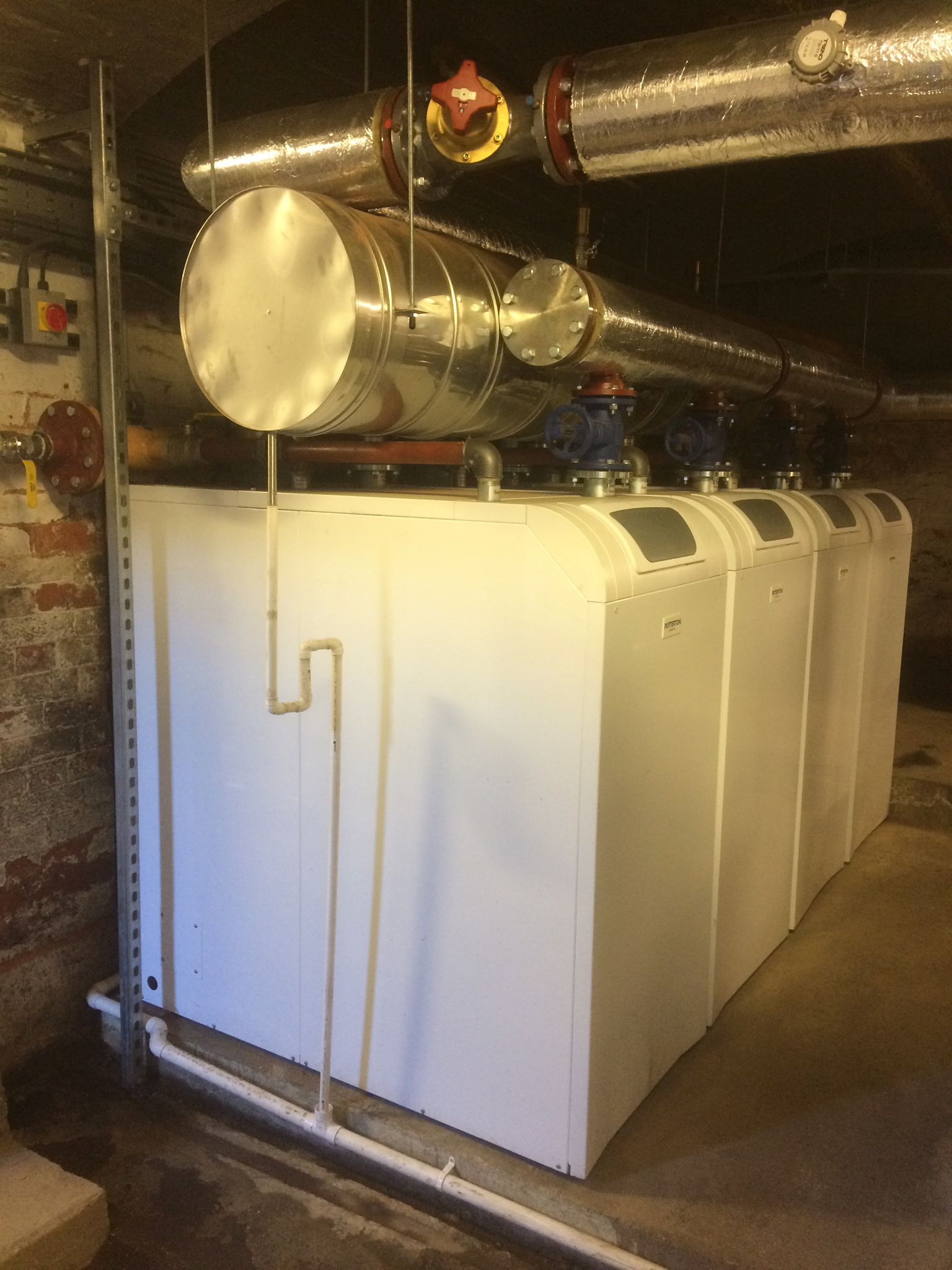 The area below houses the pumps: 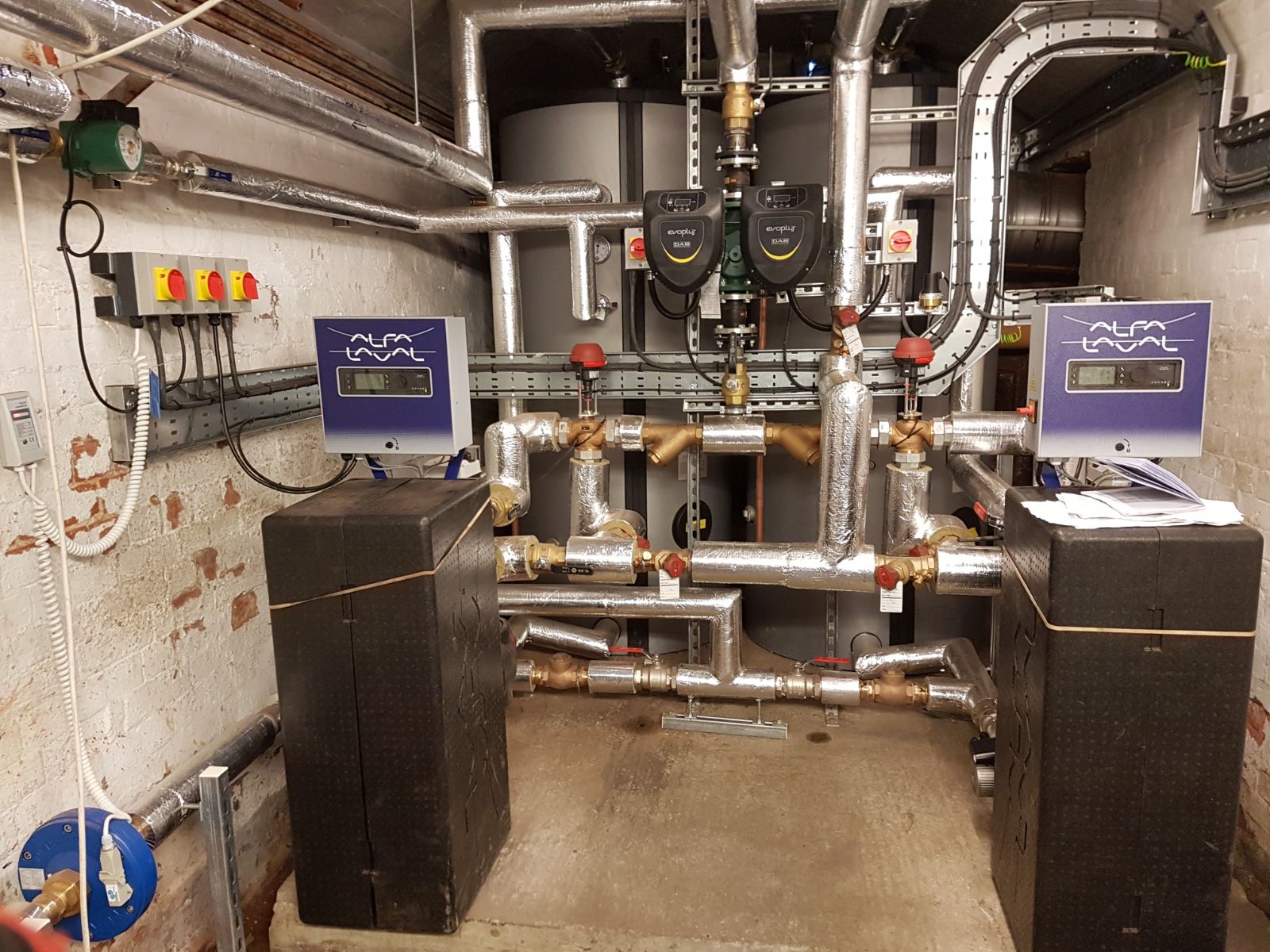